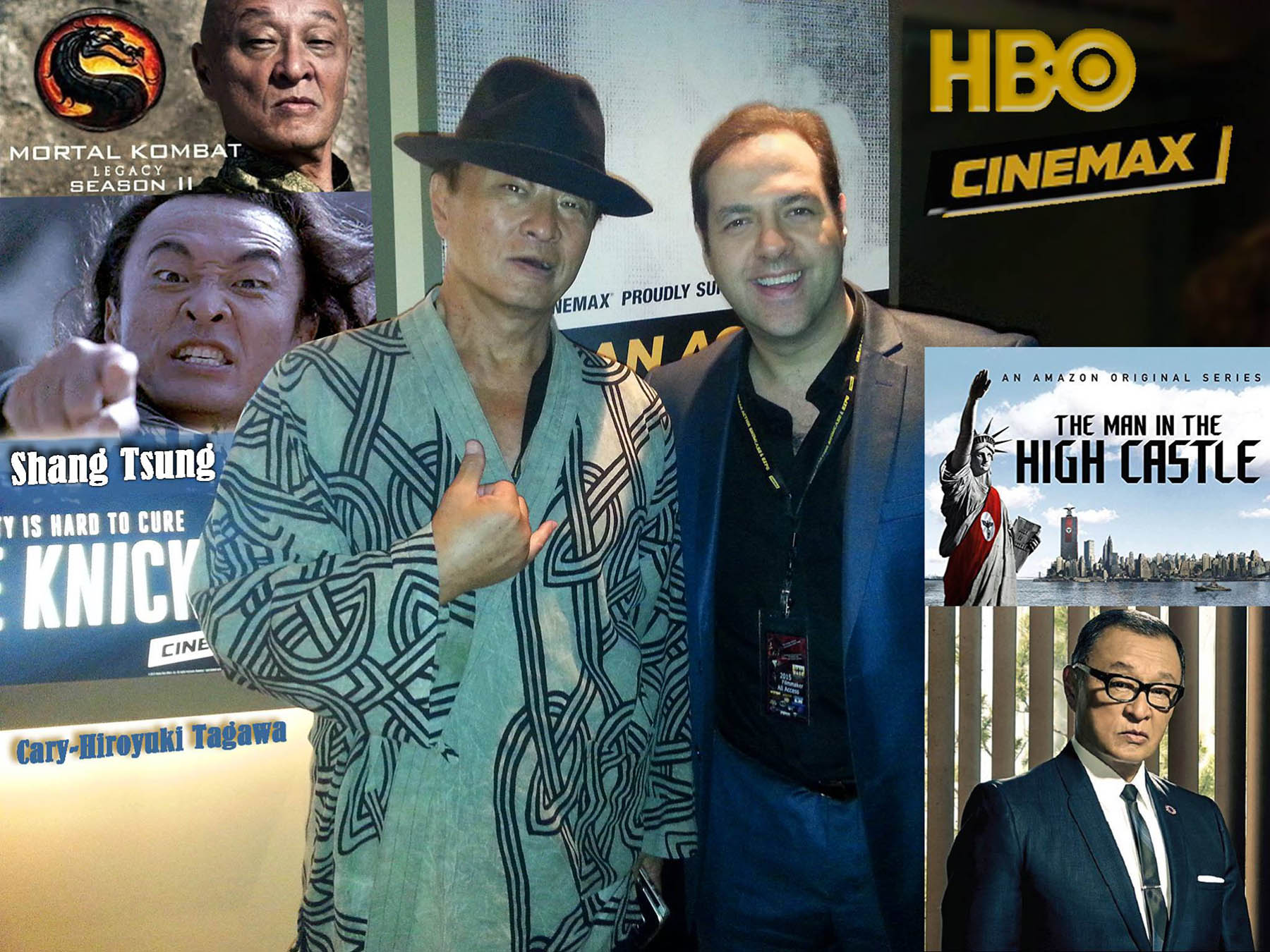 Cary-Hiroyuki Tagawa is Beyond Comics business partner and star of Amazon Prime’s The Man In The High Castle and best known as the wicked sorcerer Shang Tsung in the original Mortal Kombat, The New Mortal Kombat Legacy and the all new Mortal Kombat 11. Charismatic, muscular, handsome, and often exuding a dangerous sexuality, Cary-Hiroyuki Tagawa specializes in playing the evilest of vile villains, most of whom despite their exceptional martial arts skills, are skilled in spectacular manners. Tagawa’s willingness to accept villainous roles such as that of Beyond Comics’ super villain Lord Shinryu Moi (Gekido), Raw (Ravedactyl) and Master Jaa (Code Name: Justice).  Tagawa offers an interesting perspective, citing the fact that the action film is the most popular genre worldwide.
When Tagawa plays a bad guy, he plays it to the hilt, trying to imbue his villains with depth to demonstrate that in order to be so successful at being bad, they must possess a certain amount of positive qualities, including discipline, intelligence, and commitment. In his personal life, Tagawa is the antithesis of the characters he plays. He is known for his unusual courtesy, non-violent demeanor, his wisdom, and for his unflagging devotion to helping young people. A deeply spiritual man, Tagawa has developed a unique philosophical approach to martial arts, Chun Shin, which primarily centers on developing the inner state and spirituality of the practitioner rather than on the physical movements of fighting. The purpose of the exercises of Chun Shin is to release the energy centers within, creating a harmony between mind and body.
Tagawa was born in Tokyo, Japan, the son of a Japanese American father and a Tokyo actress. His father, a native of Hawaii, worked for the U.S. military and when Tagawa was five, his family moved to Texas. This was during the 1950s, when racism was rampant throughout the South. For Tagawa, the change from a supportive environment to a hostile one was a great shock. As a young adult, Tagawa briefly attended the University of Southern California where he studied martial arts. The following year, he returned to Japan to further his studies at a prestigious school under the tutelage of master Nakayama, one of the most highly regarded fighters in Japan. But for Tagawa, there was a spiritual component missing from training — that, and perhaps the feeling that he was not accepted into Japanese society, led him to return to the U.S.
Although he had been interested in acting for many years, Tagawa did not become an actor until he was 36 years old. He made his feature film debut in The Last Emperor (1984) and went on to work steadily in feature films and on television. Many of his film appearances have been in the direct-to-video category. Still, Tagawa has managed to develop a devoted following and has at least one web site devoted to him on the Internet. As mentioned, Tagawa specializes in villains, but occasionally he plays different roles as he did in the much-honored independent drama Picture Bride (1994) in which he plays a sugar cane farmer who orders a Japanese mail-order bride 25 years younger than himself. The latter 1990s also found Tagawa’s Hollywood work coming more frequently and in larger profile releases. After small roles in such films as Vampires (1998) and Snow Falling on Cedars (1999), Tagawa could be seen in such eagerly anticipated large-scale productions as Pearl Harbor and Planet of the Apes (both 2001).