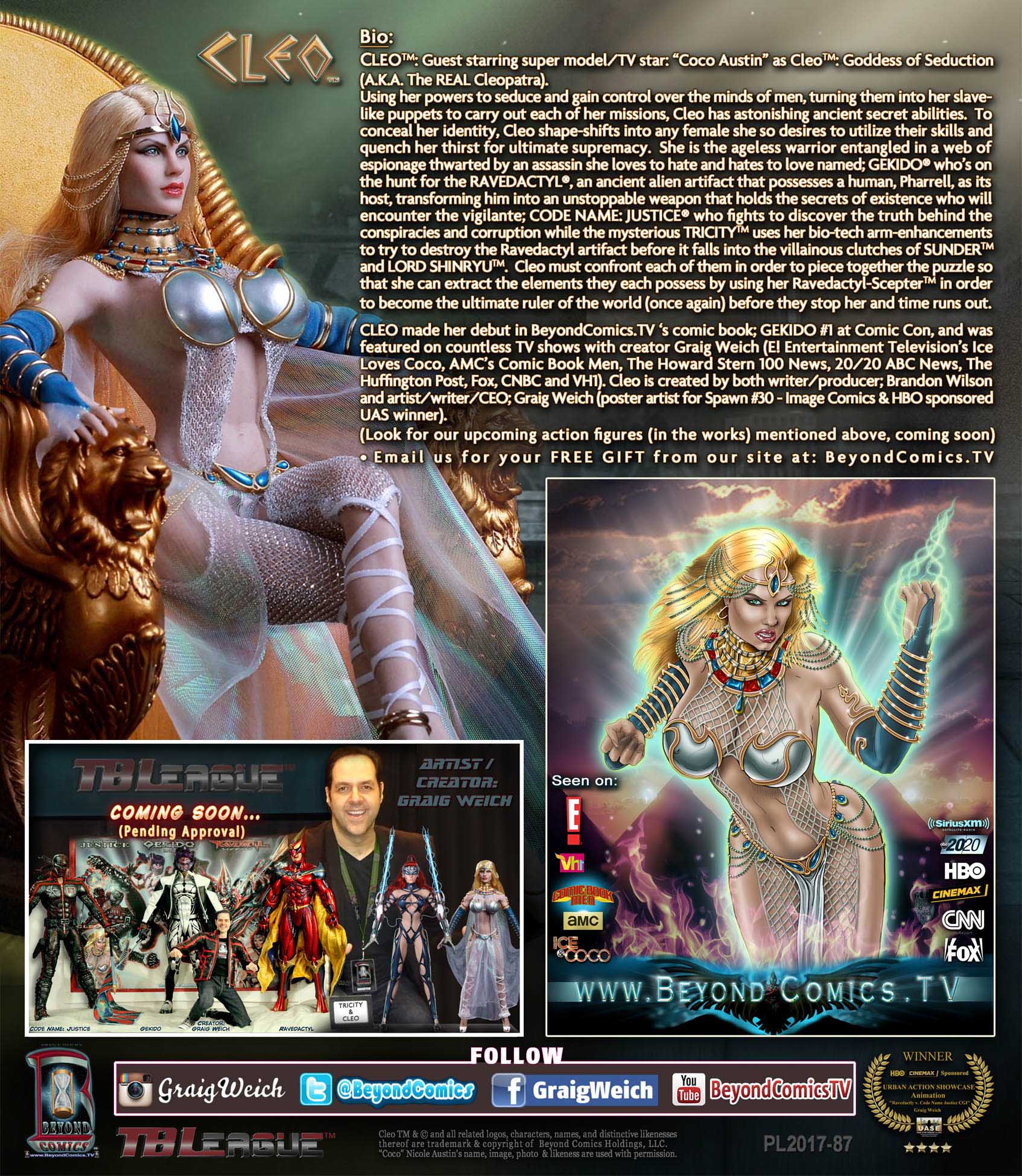 CLEO: Guest starring super model/TV star: “Coco Austin” as Cleo™: Goddess of Seduction
(A.K.A. The REAL Cleopatra).
Using her powers to seduce and gain control over the minds of men, turning them into her slave-like puppets to carry out each of her missions, Cleo has astonishing ancient secret abilities. To conceal her identity, Cleo shape-shifts into any female she so desires to utilize their skills and quench her thirst for ultimate supremacy. She is the ageless warrior entangled in a web of espionage thwarted by an assassin she loves to hate and hates to love named; GEKIDO® who’s on the hunt for the RAVEDACTYL®, an ancient alien artifact that possesses a human, Pharrell™, as its host, transforming him into an unstoppable weapon that holds the secrets of existence who will encounter the vigilante; CODE NAME: JUSTICE® who fights to discover the truth behind the conspiracies and corruption while the mysterious TRICITY™ uses her bio-tech arm-enhancements to try to destroy the Ravedactyl artifact before it falls into the villainous clutches of SUNDER™ and LORD SHINRYU™. Cleo must confront each of them in order to piece together the puzzle so that she can extract the elements they each possess by using her Ravedactyl-Scepter™ in order to become the ultimate ruler of the world (once again) before they stop her and time runs out.