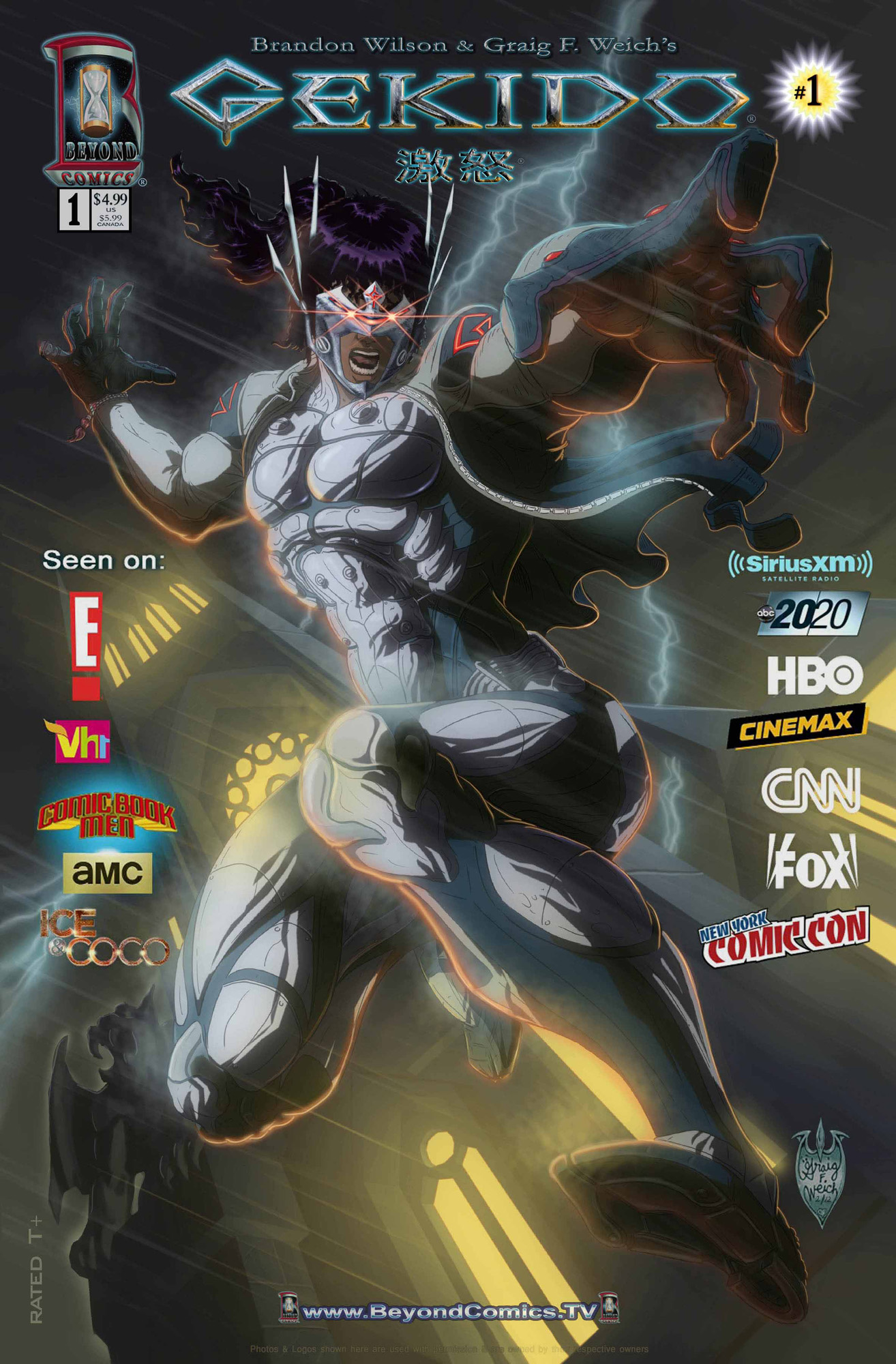 As seen on AMC TV’s Comic Book Men (Kevin Smith) & E! Entertainment Television’s Ice Loves Coco (Ice-T & Coco);
GEKIDO (Wrath in Japanese), is an ageless warrior-assassin fighting throughout the centuries to discover who wiped his memory & why. Clad in protective body armor that harnesses his unlimited power, someone is trying to take control of him. Gekido is from a secret cult of Japanese mysticism. His mission to uncover the lies that have manipulated and destroyed his life is only the beginning. He must fight his way through an ancient merciless Ninja Clan lead by his oldest nemesis, Lord Shinryu (starring Cary Tagawa; Shang Tsung of Mortal Kombat & star of The Man In The High Castle on Amazon Prime TV) and
The Goddess of seduction; Cleo (starring Coco Austin from E! TV’s Ice Loves Coco with Ice-T). In order to save mankind from an evil force to be unleashed hidden in the Crown of 10,000 Suns, Lord Shinryu is bent on world domination.

NOTE: Cover A Unmaksed is the 1st printing Comic-Con Exclusive before Lord Shinryu was drawn in Cary Tagawa’s likeness and the art and story have multiple subtle differences throughout (compared to the updated Cover B Masked new edition of the comic which is also available for order).
-Look for the 1/6 scale (12”) CLEO Action Figure from GEKIDO by TBLeague/Phicen & BeyondComics.TV