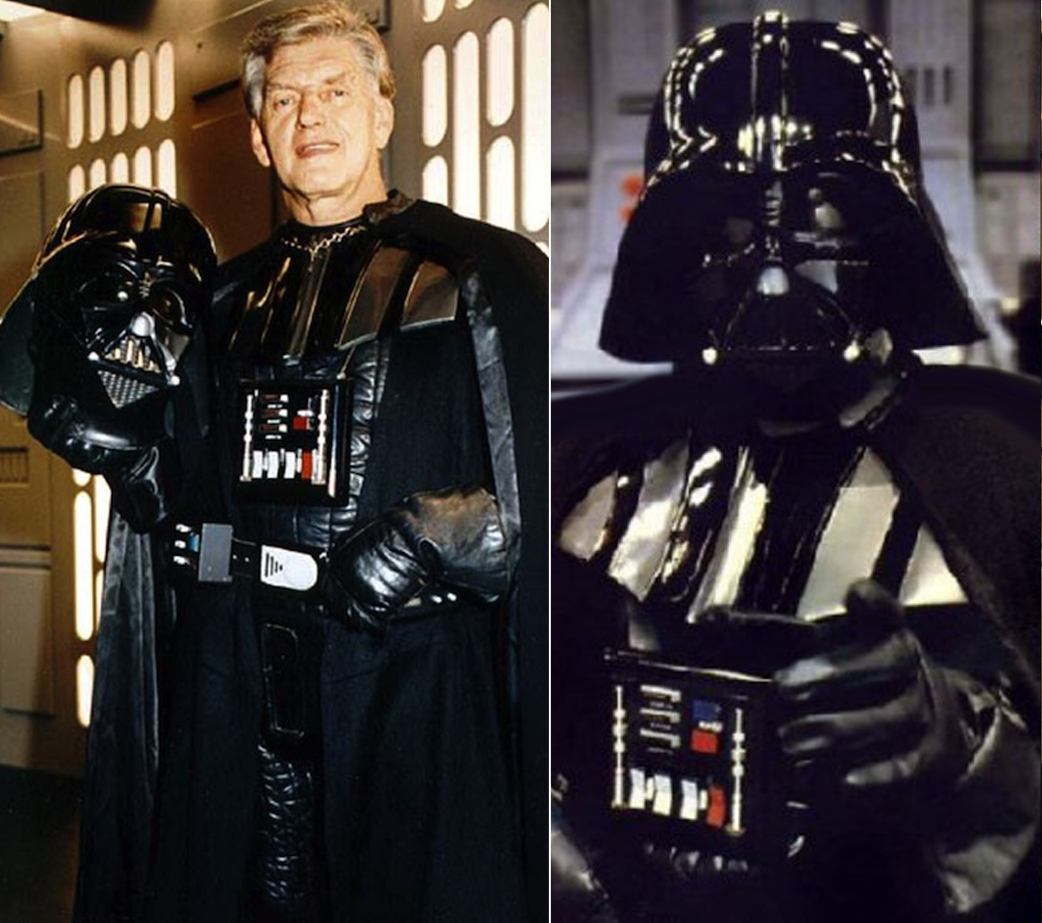 David Prowse (Darth Vader in the original Star Wars trilogy) and a Manservant in Stanley Kubrick’s film, A Clockwork Orange. Dave stars as Sunder in Beyond Comics’ upcoming comic book RAVEDACTYL (based on the HBO sponsored UAS & NYIIFVF award winning short films) and is currently shown in a preview of their other comic book GEKIDO as seen on AMC’s Comic Book Men and E! Entertainment Television’s Ice Loves Coco starring Ice-T, Coco and guest featuring, Graig Weich. As a professional bodybuilder, Prowse helped train Christopher Reeve for the lead role in the original movie Superman.
Prior to his role as Darth Vader, Prowse had established himself as a figure in the United Kingdom as the Green Cross Man in the Green Cross Code road safety public information aimed at children. Prowse also played Frankenstein’s monster in three films and Casino Royale. He recently passed and will forever be remembered and missed.

In Remembrance:
Graig Weich of BeyondComics.TV says when remembering how he met Prowse: “He was the first celebrity to believe in me and my new comic book ideas. My father, Martin, took me to meet Dave when I was a young child (around 8 years old) after Return of the Jedi came out. Dave told everyone that he was very disappointed when he learned that his face was not shown when Darth Vader’s mask was removed in the movie, replaced with a different actor’s face. So I walked up to Dave and tugged on his shirt and told him “Don’t worry, when I grow up, I will turn you into a new super villain and let you show your face.” So he smiled and patted me on the head. Fast forward a few decades later to NY Big Apple Comic Con. I had been hired by Todd McFarlane to draw the double page poster spread in Spawn issue #30 (which Todd and I reminisce about on the video interview we shot together), so I was signing my art at the convention and noticed a huge line and that Dave was back in NY from UK signing. I ran to his table and tried to speak but he just said “no solicitation please, I’m just signing autographs” or something like that, so I ran back to my table and grabbed the new sketches of art I was working on for my upcoming Ravedactyl comic book and ran back to his table and tossed all my art work on his table, huffing and puffing out of breath (I still can’t believe I did that). He picked up my art.

Through all the chatter of the fans in the crowd, I shouted: “I’m creating a new superhero comic and movie and want you to be a villain in it.” He replied: “Would I be the LEAD villain?” I replied: “YES! Of course! Yes!” He said: “Tell me about my character and his name.” I was freaking out and had not written anything yet but on the spot came up with: “You’re Sunder, the leader of a top secret underground organization running everything and pulling the strings behind your secret plan to find the Ravedactyl artifact and take over the world!” He said: “I like it. Would my character have a long cape?” I replied: “The longest! Like a double cloak!” He said: “Extra flowing and long?” I said: “YES! Of course! The best!”   He then took his pen and wrote me his contact info telling me to reach out to him when I was ready. Fast forward a few years later, I thought I was ready (I wasn’t) and called him. He actually flew in at his own expense and I rented a digital movie camera to shoot a short film featuring him. I hired Wendy who worked on the actual Star Wars costume for Rubie’s to make that LONG Cloak! I spent a lot of time by then preparing.

I also drew Dave as Sunder in my first Justice comic book! The night of the shoot my parents were freaking out that I was able to pull this off, I was still very young and everyone was helping out. The camera guy didn’t show up which forced me to have to learn how to use that professional camera in less than 30 minutes as time was ticking before Dave had to leave. He asked my Mom for a cup a tea. So she took a Lipton tea bad, boiled water and gave it to him. He was in shock! “What kind of tea is this?”  he said. Mom turned red and was embarrassed that he was disappointed. (We didn’t know tea was a big thing in the U.K. which he was kind enough to explain, lol).  The shoot took far longer than I had thought but Dave stayed on untill about 4am to finish the shoot, he was a true gift and kindhearted understanding man. And the shoot was a huge success. I entered the short film and won the N.Y. Int’l Independent Film & Video Festival! And that’s how I got my start. I met with Prowse later at the Wizard World Con in PA. He said George Lucas’ company was giving him a hard time for signing photos of him as Vader and asked if he could use the photos I took of him as Sunder to sign. Of course I said yes. He was pleased.

I was able to tell him we won and show him the short which he enjoyed but wished was longer. I finally mustered up the courage and told him about when I met him as a child which he was surprised to hear. So I kept my promise to to cast him as a new super villain and let him show his face! Will always appreciate and miss Dave. He was a true legend. RIP dear friend He will live on forever through the wonderful immortal work he has left behind for generations to enjoy forever.”