GRAIG & BEYOND COMICS ON TV & IN THE NEWS

-Amazon’s ComiXology & Izneo International both Sign Beyond Comics for Digital Distribution Worldwide (+ to be translated in French, Italian, German & Spanish).

-License deal for Action Figure Toys Signs Beyond Comics and Sells out worldwide!!!

-Celebrity “Cary-Hiroyuki Tagawa” (Star of the 1st & new Mortal Kombat & The Man In The High Castle on Amazon Prime) partners with Beyond Comics!

“Legendary actor Cary-Hiroyuki Tagawa partners with Beyond Comics as both business partner and cast as Lord Shinryu (1 of 3 brothers) in their comic book Gekido #1. Cary is also cast in Beyond Comics’ upcoming projects as Raw in Ravedactyl: Life Beyond Death and as Master Jaa in Code Name: Justice.  Cary reprises his role as Shang Tsung in the new Mortal Kombat 11 with Arnold Schwarzenegger. He is also the star of The Man In The High Castle on Amazing Prime and will be seen in the new CBS TV show S.W.A.T.”

-“Ice-T’s Wife, Coco, is a 12” Poseable Action Figure with “Real Synthetic Skin” Based on the Comic Book Gekido by BeyondComics.TV Creator Graig Weich & B.Wilson from TV” 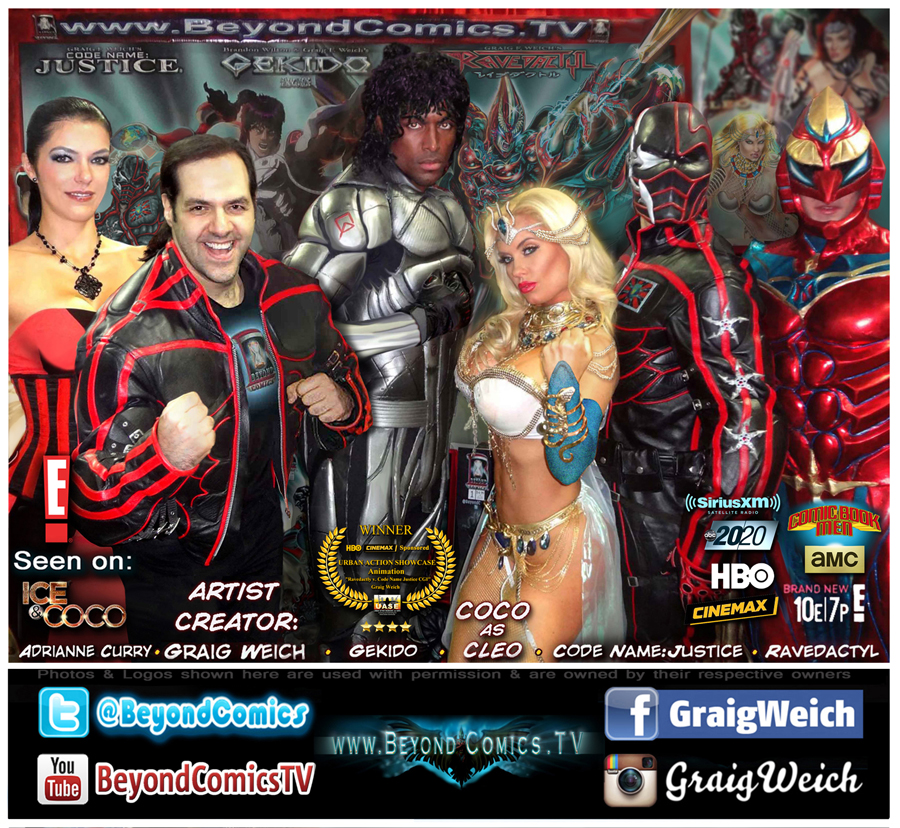 Coco: “It is really cool being cast as Cleo, the new Superhero! When Graig Weich told me he wanted me to play his heroine, it was so cool!”

Graig Weich: “It’s really an honor to have Cary Tagawa, Coco and the other celebrities be a part of our Beyond Comics Universe of Heroes I’m creating (along with Gekido and Cleo co-creator, writer Brandon Wilson) and to immortalize the stars as our super hero and super villain characters. I love seeing the child within us all come to life when our fans express such joy from our work. When I donate my art to help raise money for charities for children and animals in need, it’s very fulfilling to see the kid’s eyes light up when they see my super heroes come to life.” 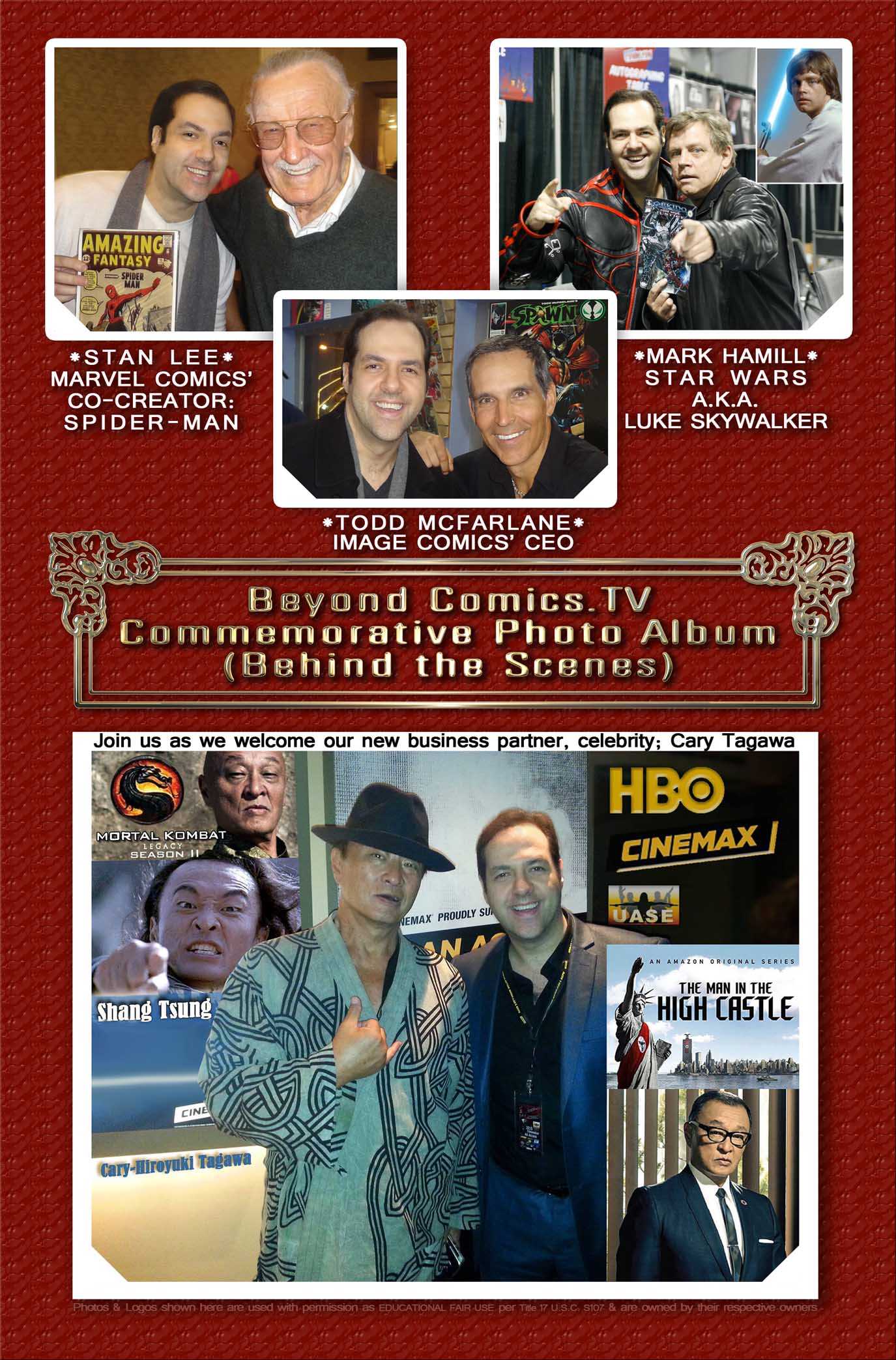 (Contact them to set up an interview & for high resolution photos at: BeyondComicsFans@yahoo.com.)

1) Press Reel of Graig Weich & the Celebrities on TV: https://youtu.be/AAxbN5PZyL0

– Contest: “You may be drawn in our next comic book. Enter at: www.BeyondComics.TV ” 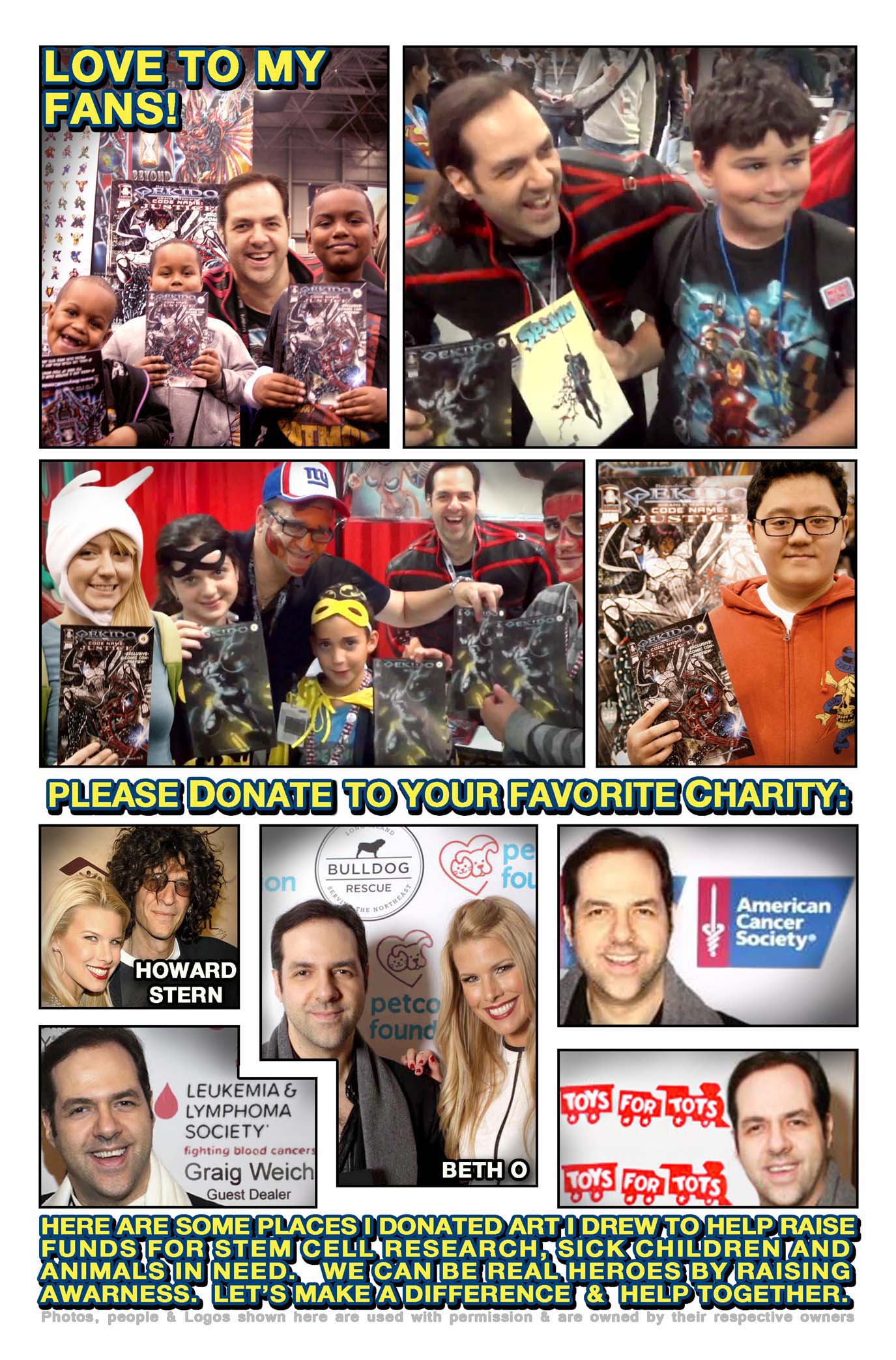 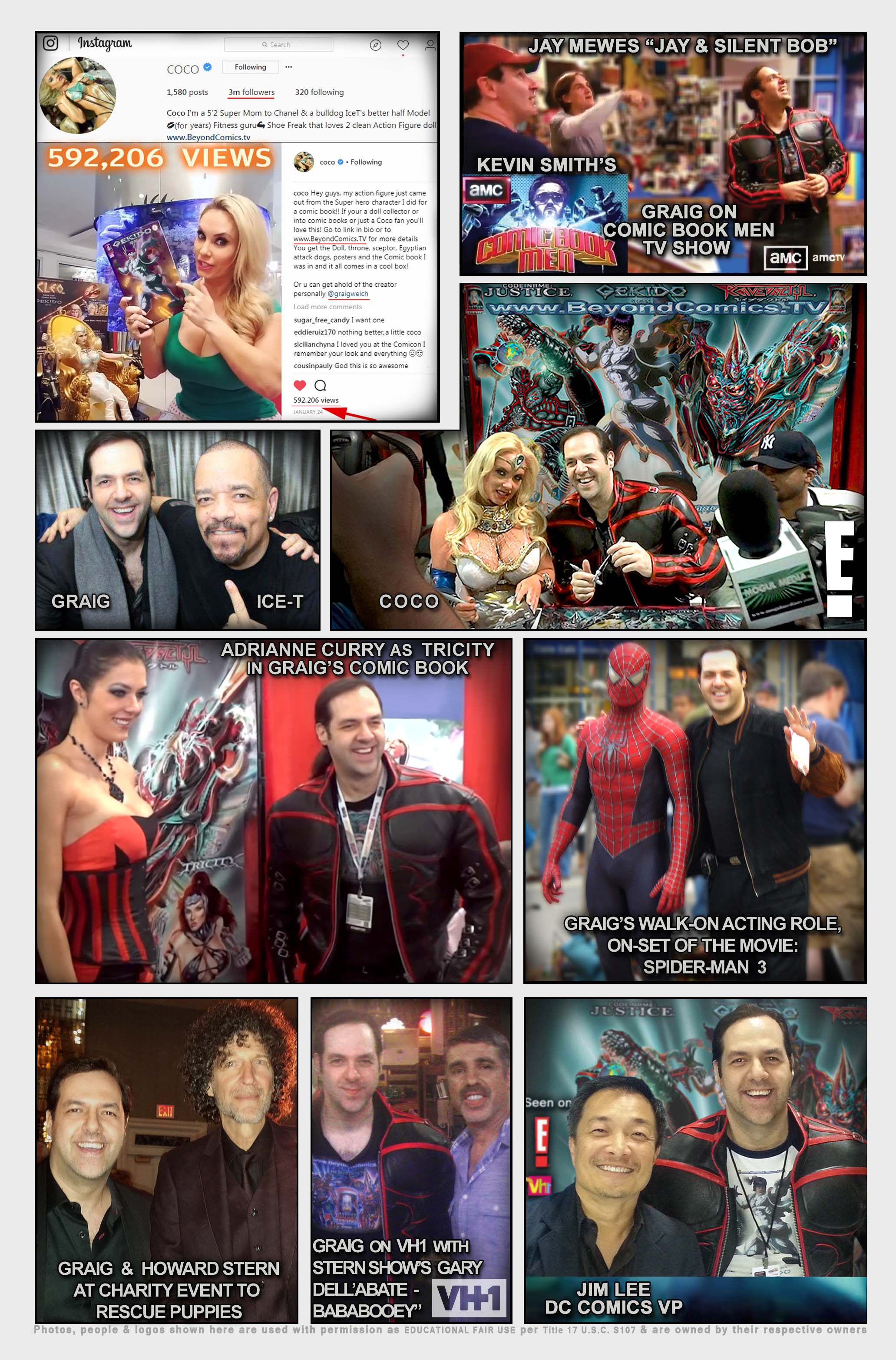 Graig donated his art to NoKidHungry.org that helped feed 2,500 children in 2019.  Also see MayasHope.org and
GabriellesAngels.org ,

Meet Artist/Creator Graig Weich at upcoming Comic Cons and comic book stores when he goes on tour to sign his comics.

E-mail Beyond Comics below to set up an interview:
Spotlight PR
Toni S. Asst rep for
Graig Weich of
BeyondComics.TV
Contact Email: BeyondComicsFans@yahoo.com