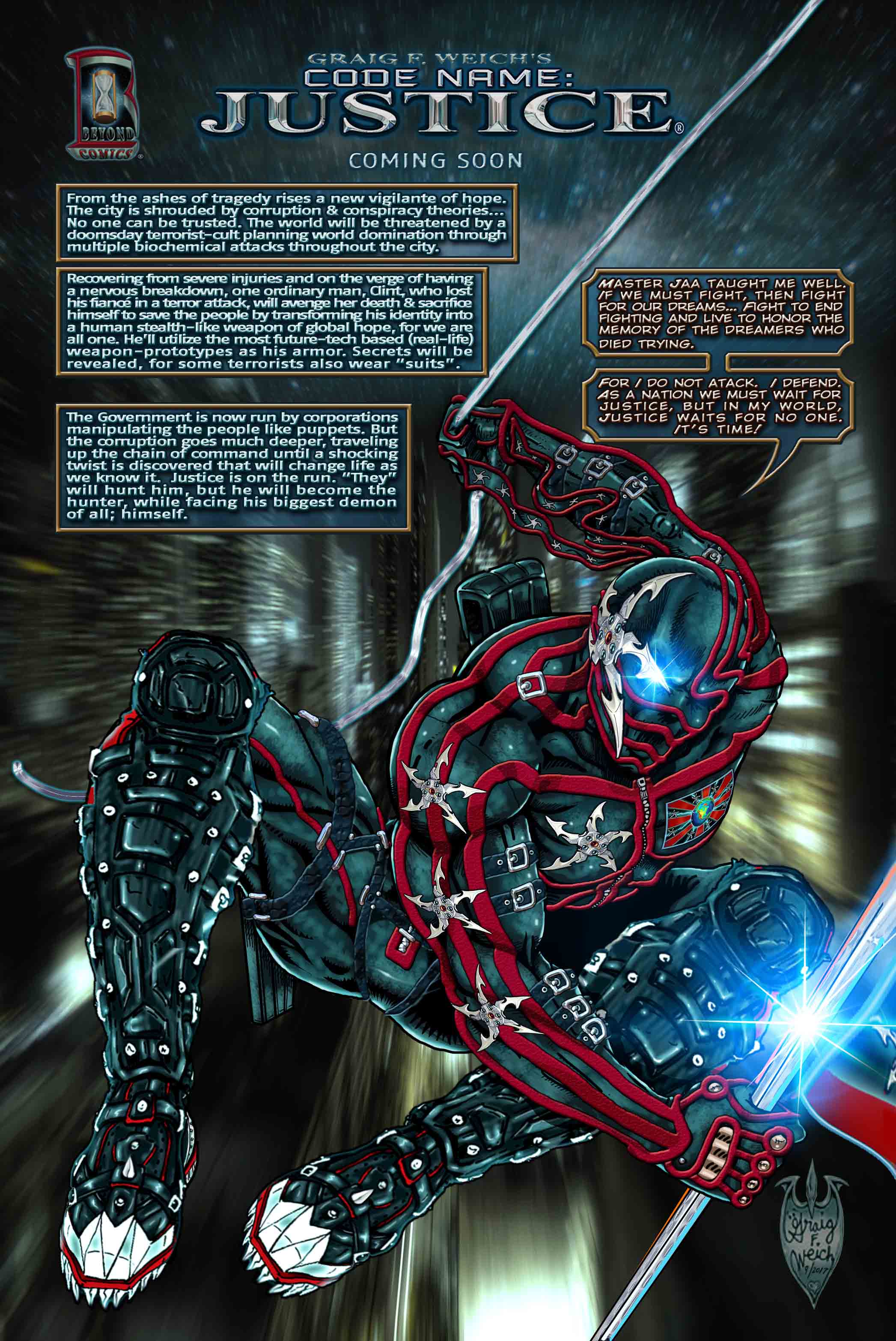 From the ashes of tragedy rises a new vigilante… CODE NAME: JUSTICE. Shrouded by corruption and conspiracy theories,
the world will be threatened by a doomsday terrorist cult planning world domination. Originally trained by Grandmaster Jaa (starring Cary Tagawa from Mortal Kombat & The Man In The High Castle), JUSTICE wears a global flag on his chest to represent the fight for world peace! One ordinary man, a failed musician, who lost his
family in A terror attack, will unleash his own brand of justice and decode the mystery behind the new
corruptions to uncover the truth to save the world, while facing his biggest demon of all — himself.